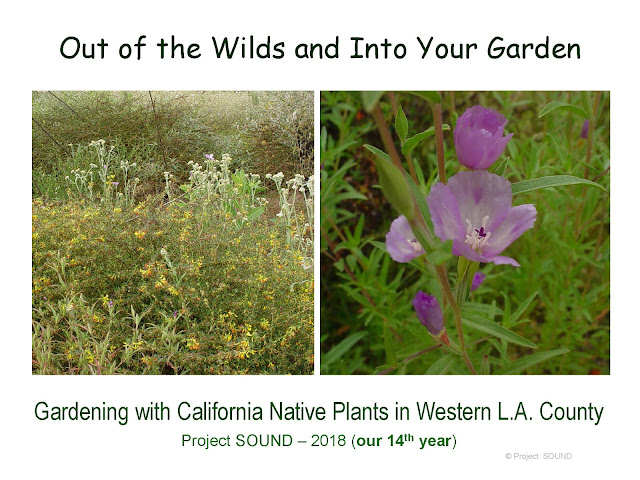 Interest in native plants is growing, as gardeners seek new ways to make their gardens more water-wise and life-friendly. Native plants connect us to the land and its people. And our knowledge of regional plants owes a huge debt to the native plants-persons – the early botanists, naturalists, plant collectors and nursery-persons – who first documented and described these plants.


California is blessed with an abundance of interesting people connected to native plants. From the 1800’s to the present, these native plants-persons have shaped our knowledge, use and conservation of regional plants.  We’ve featured some of the more interesting in our ‘Out of the Wilds and Into Your Garden’ lecture series over the years.  Many are little known, even to persons who work with native plants.


We learned many interesting stories in preparing these talks (they will probably be new to you as well).   And while the lives of some plants-persons are well documented, others required a bit of historical sleuthing and conjecture.  But all can serve as an inspiration and challenge to gardeners, landscape designers and life scientists.   What an amazing, curious and hardy group – may we live our lives half as fully as they!

·         Theodore Payne: the legacy of a CA native plantsman - http://www.slideshare.net/cvadheim/theodore-payne-2013


·         Alice Eastwood: an unusual California botanist and her legacy - http://www.slideshare.net/cvadheim/alice-eastwood-2015


·         Beatrice F. Howitt and her life with wildflowers - https://www.slideshare.net/cvadheim/beatrice-f-howitt-talk

To access slides from all of the 2009-2018 lectures in this series (covering a range of California native plant gardening topics) see: http://nativeplantscsudh.blogspot.com/p/out-of-wilds-and-into-your-garden-talks.html

Many Sonoran Desert trees/large shrubs have edible seeds or pods.  Among the best are the Mesquites (genus Prosopis).  Dried mesquite pods can be ground into a delicious, nutritious flour that can be used in many ways. Its flavor, which is difficult to describe, just begs experimentation!    The flour is sometimes available through natural foods stores or can be ordered from on-line sources.


We thought you might enjoy this recipe that combines three flavors from the Sonoran Desert: Mesquite, dates and chia seeds.  We modified a date muffin recipe to include the mesquite flour and chia.  We think we’ve got a winner - they disappeared really fast during the Theodore Payne Garden Tour! 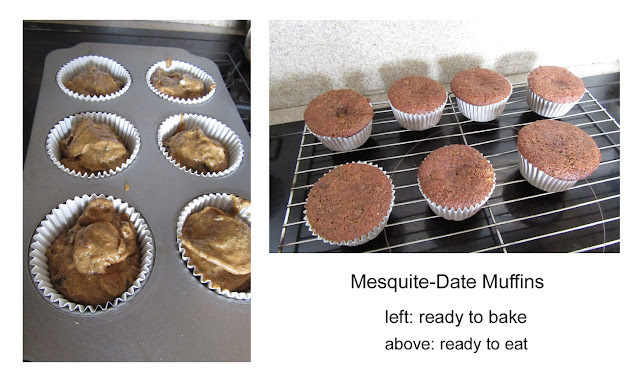 
1. Place dates in a small bowl and add boiling water; let stand for 10 minutes (do not drain). Meanwhile, in a small bowl, beat shortening and sugar until crumbly, about 2 minutes. Beat in egg.


3. Fill paper-lined muffin cups two-thirds full. Bake at 350° for 15-20 minutes or until a toothpick comes out clean. Cool for 5 minutes before removing from pan to a wire rack. Muffins may be frozen for up to 3 months. Yield: 8 muffins. 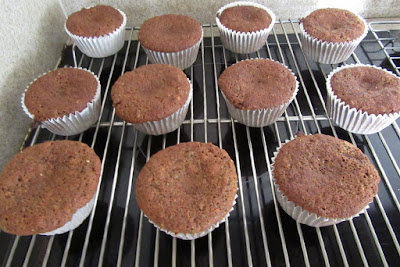 Posted by Mother Natures Backyard at 5:10 AM No comments: 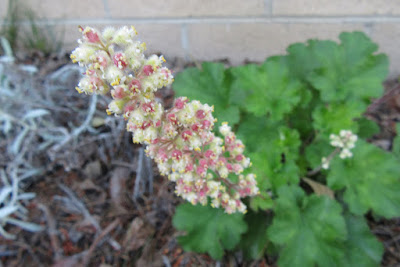 Posted by Mother Natures Backyard at 4:08 AM 2 comments: